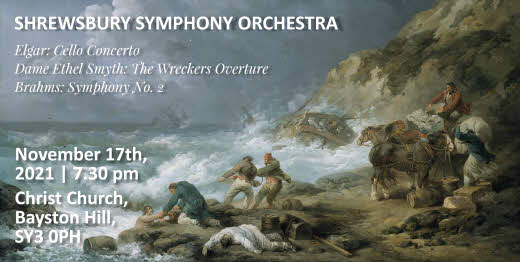 After a stunning concert at the castle this summer, Shrewsbury Symphony Orchestra returns this autumn with a new programme featuring award-winning cellist Graham Walker as soloist playing Elgar’s Cello Concerto.

The orchestra’s November 17th concert at Christ Church in Bayston Hill (7.30pm) will include Smyth's overture for 'The Wreckers' and Brahms’ Symphony no. 2.

Graham’s parents Gay and Richard have been members of the orchestra for many years and are delighted to be able to play alongside their famous son in their home town! 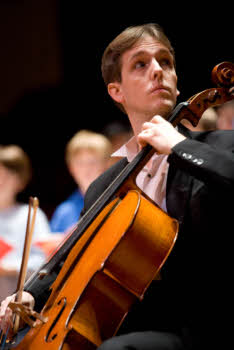 He studied mathematics as a Choral Scholar at St John’s College Cambridge and was awarded a scholarship and bursary to study cello as a postgraduate at the Royal Academy of Music in London. Graham went on to give his debuts on BBC Radio 3 and at Birmingham’s Symphony Hall and the Amsterdam Concertgebouw and has performed as a solo and chamber cellist across Europe and North and South America.

His first recording as a choral conductor, made in 1999, featured the music of Jean Mouton, a 16th-century Flemish composer, much of whose music was being recorded for the first time.

Graham has recorded, variously as a cellist, singer and conductor, for Nimbus, Naxos, Chandos and EMI: his most recent recording for Chandos (Hear my Words, with the choir of St John’s College, Cambridge) is regularly to be heard on UK radio stations, and his third album with his Latin-American group Classico Latino (Journey Through Latin America), which was pre-selected for the Latin Grammys in 2013.

With the group he has toured South America on several occasions, and in 2011 he was awarded a plaque live on Colombian national television in recognition of his “outstanding contribution to Colombian Andean music”.

Tickets for the Shrewsbury Symphony Orchestra Concert at Christ Church, Bayston Hill on Wednesday, November 17th, 2021 at 7.30pm cost £15 or £2 for children, available from TicketSource